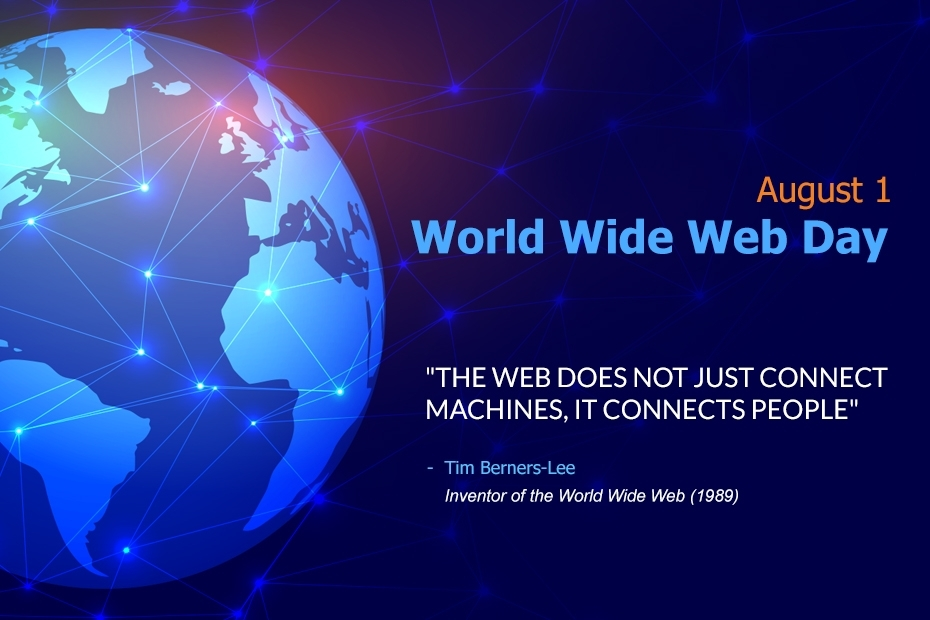 World Wide Web Day celebrates the ease of web browsing and the instant access to information.  On World Web Day, Business Gateways International – India is please to look back on internet’s history.

The Evolution of the World Wide Web,  Where We Came From and Where We’re Going

The Internet has come a long way since its start in the 1960s. What started as a way for academics to share research, has become a global phenomenon, connecting billions across the globe. In this blog post, we trace the evolution of the Web, from its humble beginnings to its current state as the backbone of modern Internet. We also look to the future, where the next generation of the Web promises to be even more transformative.

The Early Days of the World Wide Web

In the early days, the internet was used for academic research and communication. Today, the internet is used for social networking, shopping, and entertainment. The internet was marked with excitement and experimentation. The first computers were connected to each other, creating what became known as ARPANET.

This network allowed researchers to share data and ideas with each other. All this changed when Tim Berners-Lee created the World Wide Web that allowed anyone with a computer to access information on another computer that was connected to the network.

A year later, Amazon launched its online bookstore, followed by eBay. These businesses were followed by others offering goods and services online. By now, there were millions of people using the internet. Today, there are more than 5,390,203,456 using the internet. According to Internet Live Stats, That’s 40% of the world’s population!

With so many people online, there are boundless opportunities for businesses large and small to reach new customers. It’s truly an amazing time to be alive!

The Growth of the World Wide Web

The internet has been a staple in society for over two decades now. It wasn’t until the late 90’s that the World Wide Web began to take off. This was due to the release of Netscape Navigator, which made it easier for people to access and navigate the internet.

Since then, the growth of the Web has been exponential. According to Internet Live Stats, there are currently over a billion websites on the internet. That’s a lot of information!

And it keeps growing. One of the main reasons for this continued growth is that anyone can create a website. You don’t need any special skills or training, all you need is a domain name and web hosting, and you can get started with your own website.

Well, if you want to reach a global audience, having an online presence is more important than ever before. If you want to grow your business, you need to be where your customers are – and that’s on the Web!

The World Wide Web has come a long way since it was first created It has evolved into a complex web of information that is used by billions of people around the world. The future of the web is unknown, but it is clear that it will continue to evolve and grow in importance.